…two of the festival’s most alluring programs are recitals by string players who also compose.

Most notable of all, though, is Meyer’s bravura playing…

…truly inspires and lead us to be our best selves.

Meyer is a talented composer…reaching for something new and unknown.

…knife-edge anticipation opens on to unexpected, often ecstatic musical realms, always with a personal touch and imaginatively written for the instruments.

..has established herself as a powerful force in contemporary classical music… 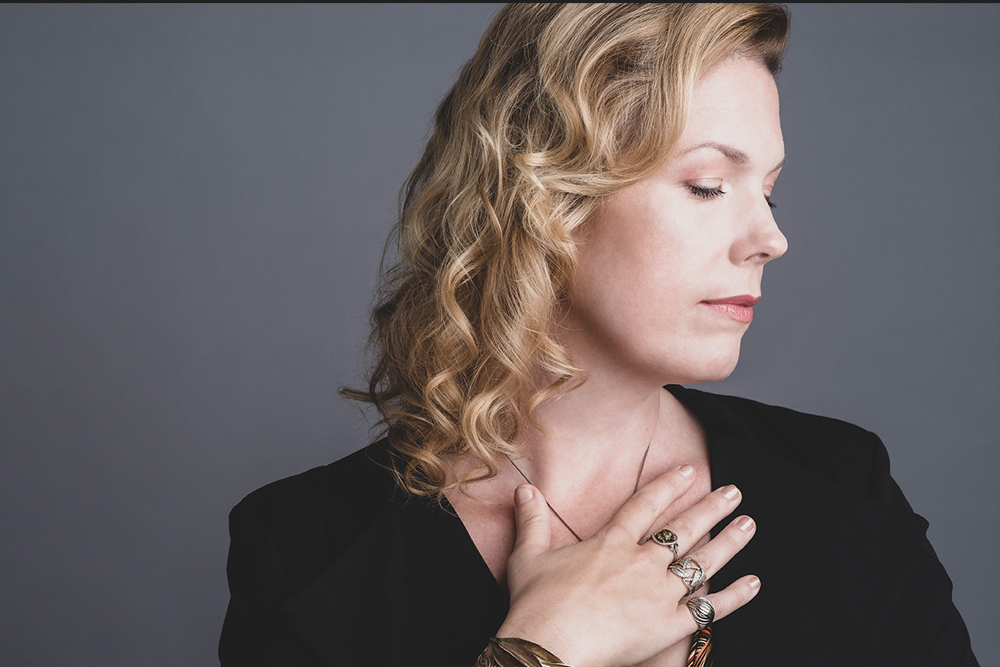 Meyer’s first composer/performer portrait album in 2019 debuted at #1 on the Billboard traditional classical chart, where “knife-edge anticipation opens on to unexpected, often ecstatic musical realms, always with a personal touch and imaginatively written for the instruments” (Gramophone Magazine). Her compositions viscerally explore the wide palette of emotionally expressive colors available to each instrument while using traditional and extended techniques inspired by her varied experiences as a contemporary and period instrumentalist.

Since embarking on her composition career eight years ago, premieres have included performances by acclaimed vocal ensembles Roomful of Teeth and Vox Clamantis, the St. Lawrence String Quartet as the composer in residence at Spoleto Festival USA, the American Brass Quintet, PUBLIQuartet, cellist Amanda Gookin for her Forward Music Project, Sybarite 5, NOVUS NY of Trinity Wall Street, a work for A Far Cry commissioned by the Isabella Stewart Gardner Museum in Boston, the Juilliard School for a project with the Historical Performance Program, and by the Lorelei Ensemble for a song cycle that received the Dale Warland Singers Commission Award from Chorus America.

Her first Symphonic Band piece was recently premiered by the President’s Own Marine Band (with an upcoming NY premiere in Carnegie Hall), and her orchestral works have been performed by the Phoenix, North Carolina, Charlotte, and Vermont Symphonies, the Nu Deco Ensemble in Miami, and all around the country as part of Carnegie Hall’s nationwide Link Up Program. This past year she was the winner of the 2nd Annual Ellis-Beauregard Foundation Composer’s Award to write a piece for the Bangor Symphony, and a winner of Chamber Music America’s Commissioning Program Award to write for the Argus Quartet. Recent chamber/solo premieres included a work for CityMusic Cleveland, musicians of the Minnesota Orchestra, and for the Five Borough Songbook. Next season brings the premiere of “GAEA”, a concerto for herself and orchestra, as well as works for the Dorian Wind Quintet, Hub New Music, the Portland Youth Philharmonic in collaboration with the female vocal ensemble In Mulieribus, and ensemble fivebyfive as a recipient of a New York State Council on the Arts Grant. 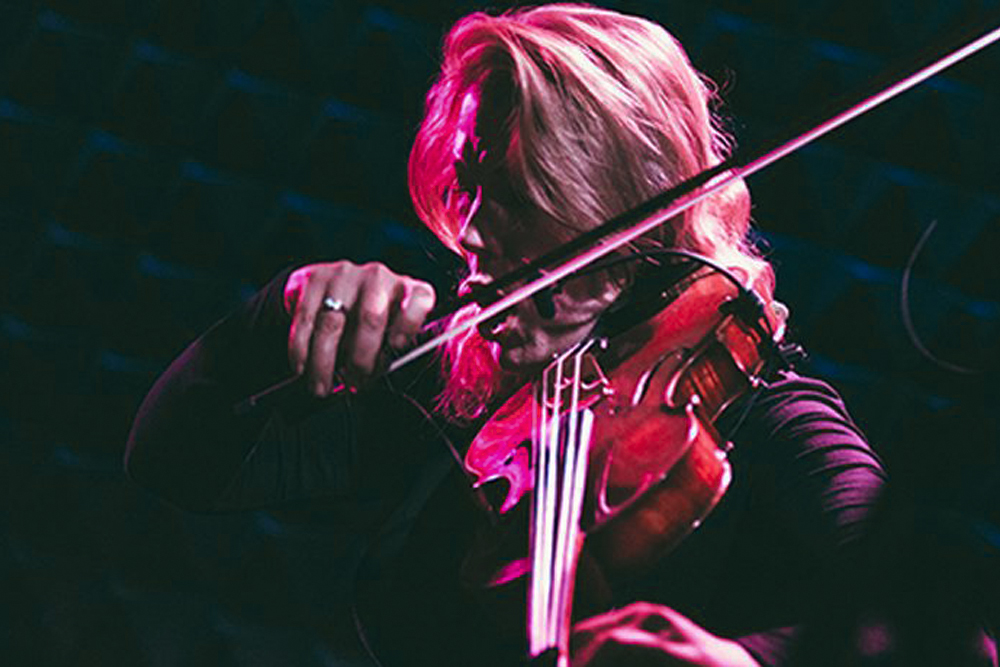 With playing that is “fierce and lyrical”, Jessica Meyer is a GRAMMY® – nominated violist who is known for her expressive “bravura playing” (The Strad). As a solo performer, Ms. Meyer uses a single simple loop pedal to create a virtuosic orchestral experience with her viola and voice. Drawing from wide-ranging influences which include Bach, Brahms, Delta blues, Flamenco, Indian Raga, and Appalachian fiddling, Meyer’s music takes audience members on a journey through joy, anxiety, anger, bliss, torment, loneliness and passion. Her solo shows have been featured at iconic venues such as BAMcafé, Joe’s Pub, and Symphony Space in NYC, the Andy Warhol Museum in Pittsburgh, in Paris at Sunset Sunside, in addition to venues in Singapore, Switzerland, Vietnam, the Emirates and beyond.

In her new evening length show to be premiered in 2021-22 titled “And She”, Jessica partners with dancer/choreographer Caroline Fermin while taking the vivid poetry of four acclaimed living women poets in order to explore two universal experiences – the joys and heartaches of love, and the death of a parent.

At home with many different styles of music and an ardent collaborator, Jessica can regularly be seen premiering her chamber works, performing on Baroque viola, improvising with jazz musicians, or collaborating with other composer-performers. 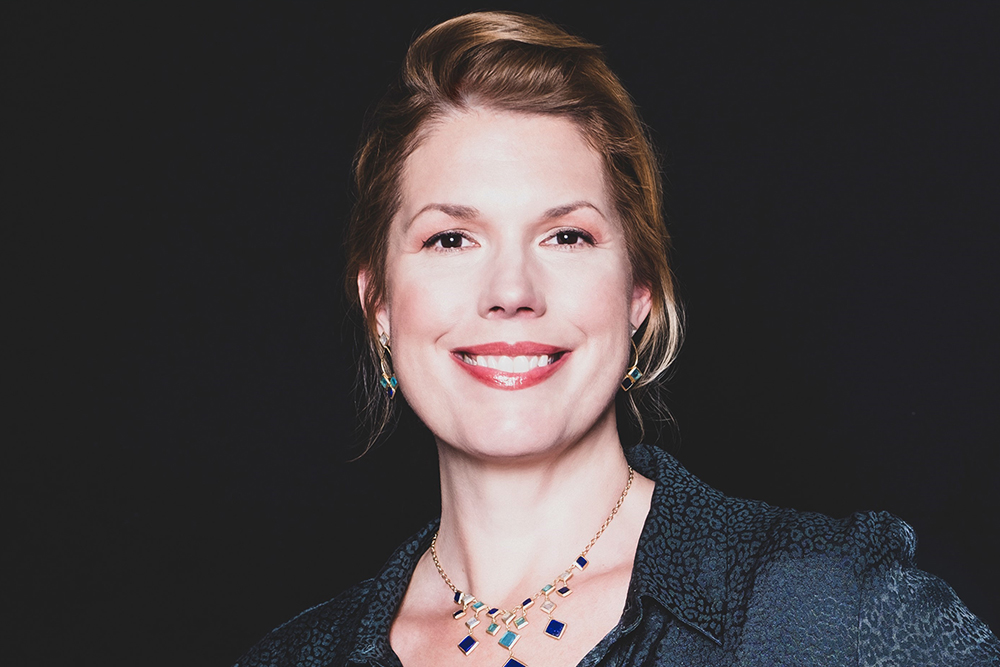 Known for her inspirational workshops, Ms. Meyer empowers fellow musicians with networking, communication, entrepreneurial, and pedagogical skills so they can be the best advocates for their own careers. Currently, she is most passionate about getting young classical musicians off the page to activate their own creativity, improvise, and awaken their own inner composer well before their college years. Her sessions have been featured at The Juilliard School, the Curtis Institute of Music, for the TAs of the Philadelphia Orchestra, the Manhattan School of Music, the Longy School of Music, NYU, the Chamber Music America Conference, and has also worked as a education consultant/clinician for Carnegie Hall and The Juilliard School around the world.

As of 2020, she has given many of these workshops virtually in order to reach students young and old so they can acquire business skills, explore improvisation, and develop their compositional craft via an engaging Zoom experience. Workshops have been given for the students at the Berkeley Caroll, Dwight Englewood, and North Broward Preparatory schools, for the NEXT Festival of Emerging Artists, Virtuosity Online, Wintertrios, and various Conservatories and Universities around the country.

This past summer, Jessica launched a Teen Composer Intensive at New England Music Camp so that teens of all abilities can develop their craft, amass recordings for their portfolio, and connect with both professional and student performers.