Perusal Score for In the Waves
Get a Rental Quote

The NEXT Festival of Emerging Artists
at Music Mountain
Falls Village, CT

commissioned by the NEXT Festival of Emerging Artists 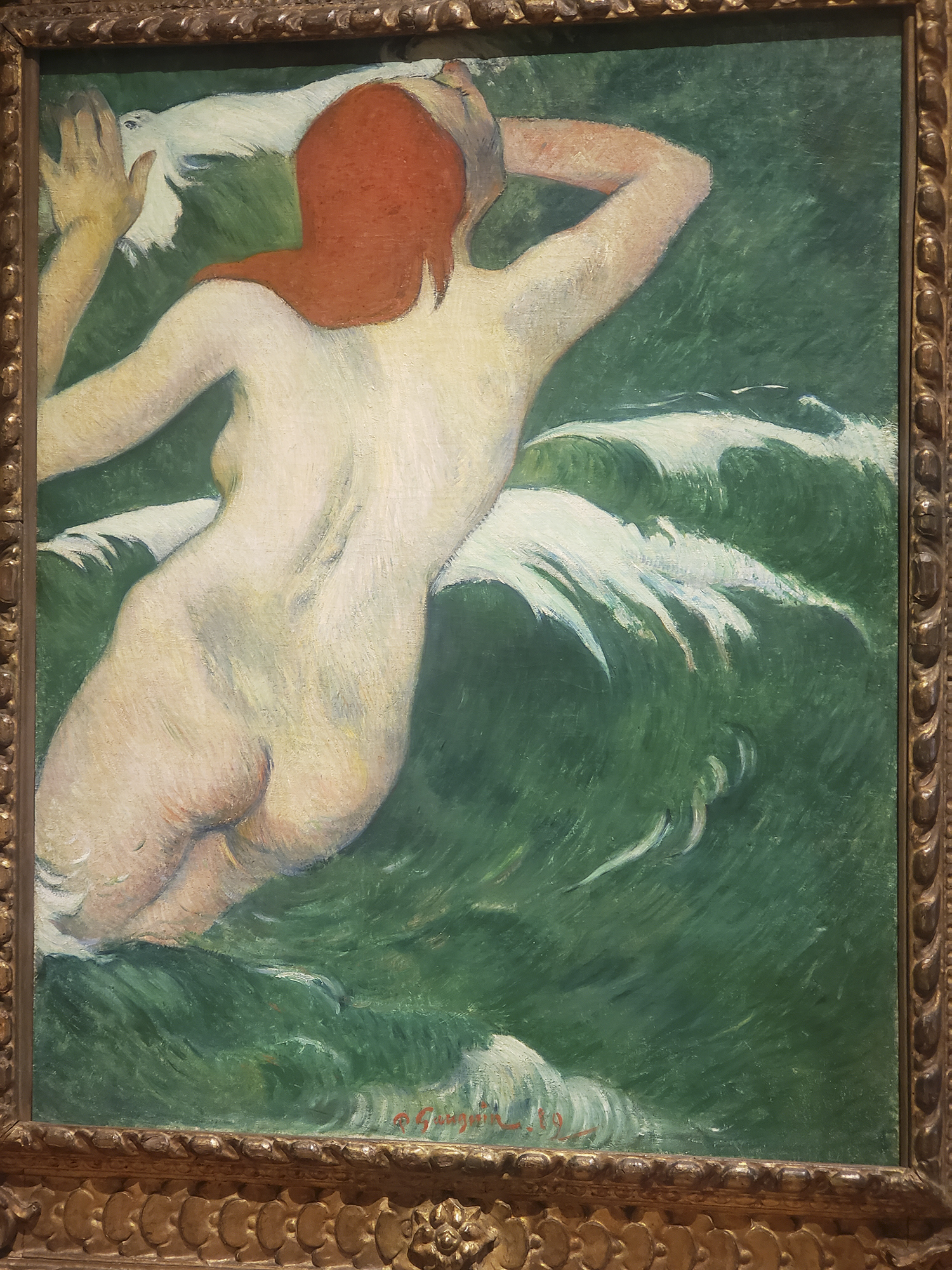 “In the Waves” was inspired by the Gauguin painting of the same name that I recently saw at the Cleveland Museum of Art, shortly after hearing the Cleveland Orchestra play Debussy’s “La Mer”. Both resonated with me deeply, because the ocean is a major source of energy for me. The plaque next to the painting says this work of art is “a metaphor for a modern European woman forsaking civilization and abandoning herself to her natural, primitive instincts.” Since how society is currently functioning makes less and less sense to me, most days I feel like doing what the woman in the painting is doing…taking action and surrounding herself only with what is beautiful, necessary, and true. I imagine this music capturing the moments that take place right before she flings herself into the sea.

Deep thanks to the NEXT Festival for Emerging Artists and Peter Askim – a colleague, friend, and a wonderful source of moral support many times since we have known each other and during my pivot in becoming a composer.